Skip to content
Home » Blog » Art & Soul Workshop 1st of July 2013
A lot of the work in todays session was made in response to Outsider Artist Madge Gill, in connection with the upcoming Orleans House Gallery exhibition. A collaborative interpretation of a Gill drawing was begun with each member taking a fragment of the original image and transforming it into their own unique monoprint. Next week maybe we will see the jigsaw pieces come together! 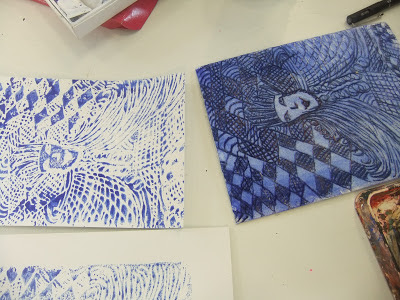 Julie’s print and the original polystyrene tile. She commented on how surprisingly mask-like and ominous the face became through the inversion of tile to print. 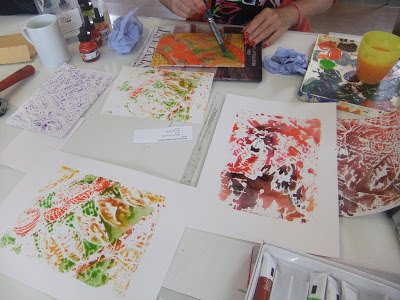 Win inking up her tile to make the next in a series of print experiments. 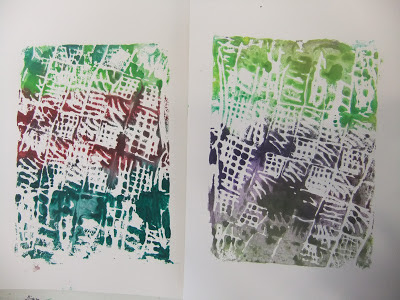 The two monoprints that Diana was most satisfied with: “I enjoy using colour – I have one hand that is hopeless, so it’s a great help to be able to express oneself.” 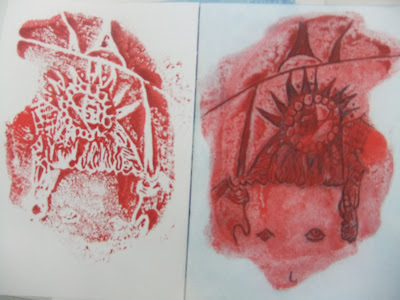 Monoprint and tile by Kate: “The first time I used too much ink. This one is much better.” 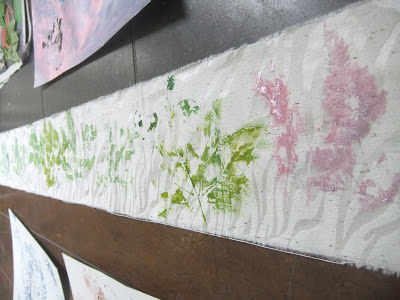 Taking monoprinting in her own direction, Nuala used leaves she had collected on the way to the session to print on patterned fabric.
Art & Soul member Sandra Totterdell also brought in some of her most personal work to share with the group, which she felt had a great affinity with Madge Gill despite very different material processes. Madge Gill’s first forays into creative art production began after the death of a son and a complicated miscarraige resulting in severe illness and loss of sight in her left eye. Sandra describes these works as her own “grief responses”: Sandra began her creative journey “amongst the chaos and trauma of the tragic sudden death of my eldest son Bryan and my eventual diagnosis of PTSD” (Post Traumatic Stress Disorder). Sandra described a recognition of Gill’s visionary “other world experience” whilst making these works: “when I am working in that mould I don’t stop, I don’t sleep, I don’t eat. I often work all night. This is not my polite art, it’s my private face art…. Sometimes it makes people uncomfortable, others just see the pretty colours and that’s ok too.” 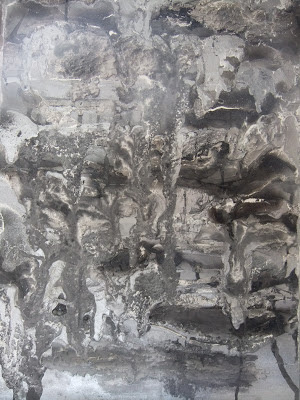 ‘Incoming’
(multiple layers including paint and concrete, returned to and physically beaten
or added to over a period of months) 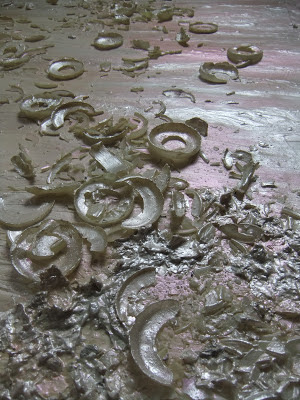 ‘Unforgiven’
(including the remnants of hundreds of tealights) 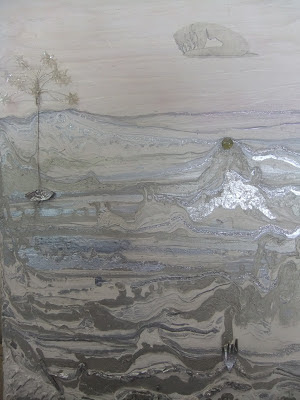 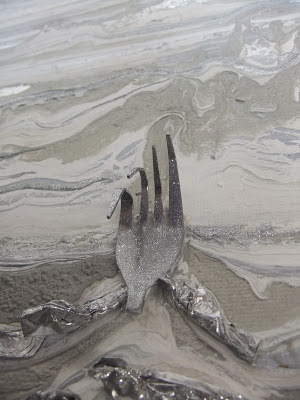 ‘Landscape of Grief’
(Including several objects collected from instutions as a day patient, for example a hospital fork)
And finally, here is a manipulated reimagining of Dave M’s photograph of the Newham Archive site on last week’s Art & Soul trip. This was the result of a conversation between Dave and Martha during this week’s workshop. We liked how the wood grain and brick patterns suddenly began to stand out as abstracted designs in their own right… 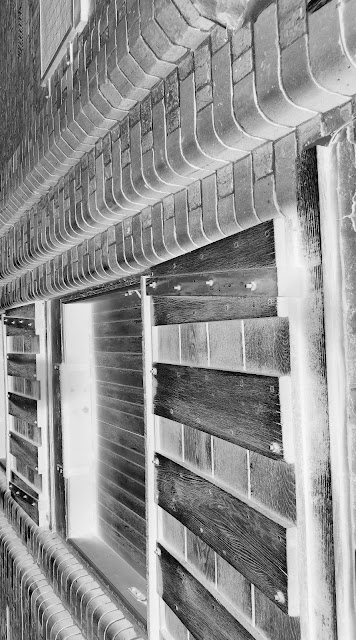 “Creativity is more than just being different. Anybody can plan weird; that’s easy. What’s hard is to be as simple as Bach. […]

Orleans House Gallery is excited to announce the return of our bi-annual Art & Soul members’ exhibition! Artwork By Win A. This […]

As you can see by the images, our sessions are full to bursting, yet despite having close to 20 participants each week […]