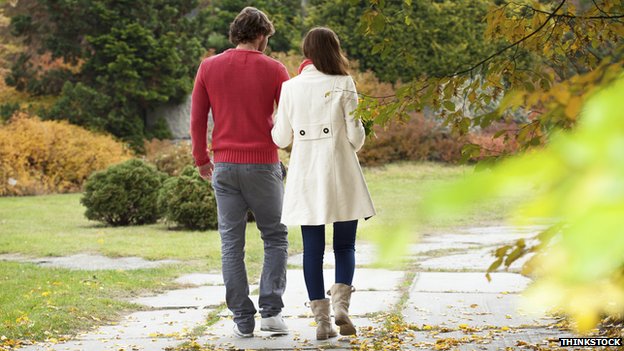 “People are being encouraged to spend five minutes talking about mental health as part of the second annual Time to Talk day. But talking isn’t the end goal, argues Mark Brown.
If more of us speak about mental health problems, the belief is that judgemental attitudes will fall away.
That’s the aim of Time to Talk day – a campaign which aims to tackle stigma, challenge attitudes and change behaviour around mental illness.
It’s been organised by the people behind Time to Change – a programme led by the charities Mind and Rethink Mental Illness.
Mind say that, since 2011, two million are said to have a more positive view of mental illness – based on figures taken from the most recentNational Attitudes to Mental Illness survey. It seems more people in the UK are talking about mental health than ever before.
Despite this, admitting to personal difficulties is still hard for many people because of a fear of the consequences. It’s what we call stigma and it can bring a feeling of personal shame. If you raise the subject and get a positive response though, it can be liberating.
Continue reading the main story

Awareness campaigns start the conversation, it’s up to us to take it forward”

Some liken Time to Change to other campaigns in the disability world which use simplistic slogans like “see the person, not the disability”. It’s said they’re more about being “nicer” to individuals than changing those laws and circumstances which put disabled people at a disadvantage.
While “talk” might be an accessible entry point for the general public, it doesn’t necessarily help those who experience facets of mental illness like hearing voices, which carry a heavier degree of stigma.
A subsection of campaigners have argued that focusing on personal stories from people with mental health difficulties has moved the debate away from bringing concrete social changes. They say it’s systematic prejudice and discrimination that are the biggest problems, not shame.
In this month’s Ouch talk show, commentator Lawrence Carter-Long from the National Council on Disability in Washington DC brings his perspective. He says having the conversation is a crucial first step and allows people with mental health difficulties to find others who have been going through the same, so they can then “build community”.
He says one of the biggest problems is isolation: “[Those with mental health difficulties] don’t come across other people that have dealt with these issues, know how to navigate those waters, that there’s going to be light at the end of the tunnel, or a different mood at the end of the day.”

Many congratulations to all of the artists who took part in this year’s Art & Soul Exhibition, Flow of Life. Exhibiting your […]

After a break of several weeks, Art & Soul was back in full swing today. During the session we explored some new […]