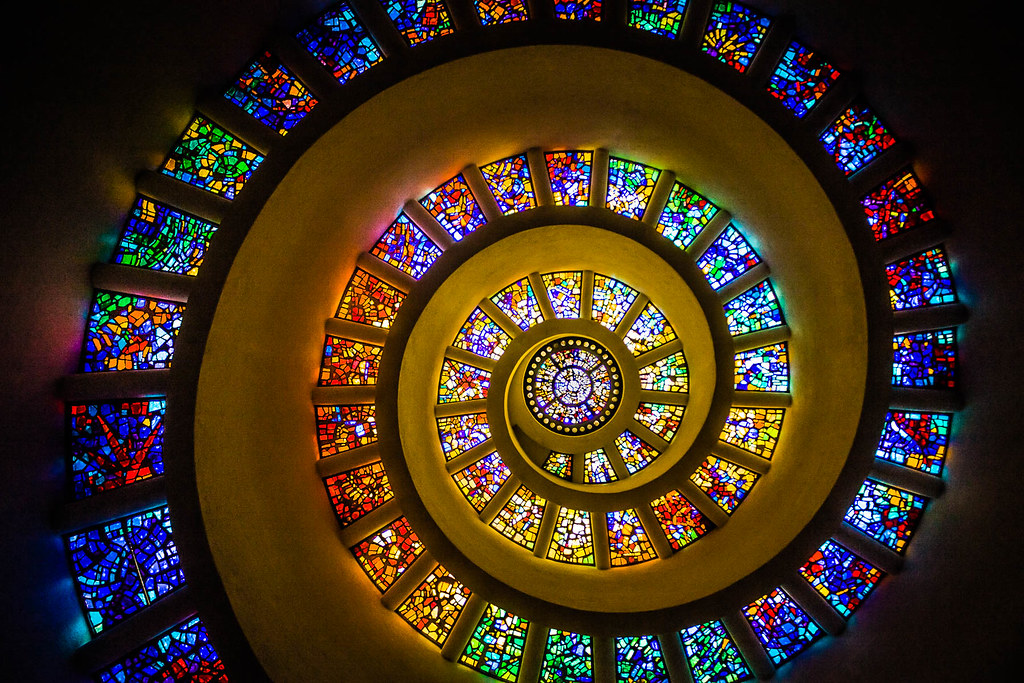 I came across the idea behind this particular project several weeks ago when my son was doing a school project on stained glass windows. The window which most caught my own interest was the Glory Window in Dallas Texas whose form is based on the chambered nautilus.

The  shape of the chambered nautilus forms a nearly perfect logarithmic spiral, equiangular spiral or growth spiral. This Spira mirabilis, or  “miraculous spiral” expresses a unique mathematical property whereby the size of the spiral increases, but its shape is unaltered with each successive curve, in a property known as self-similarity.  The golden spiral is another form of logarithmic spiral whereby the spiral gets larger according to the golden ratio by each quarter the the spiral makes.

Using a template of the golden spiral as our starting point, the group worked with felt tips and graphite to explore and evolve this almost meditative form. Again, I was struck by the wide variety of responses irrespective of the common starting point. The purple wash effects are created using black Staedler markers and diluting the lines with a brush and water. 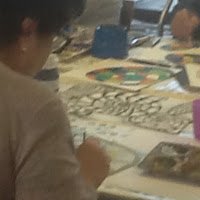 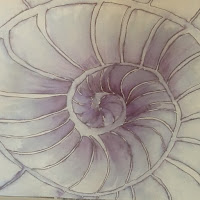 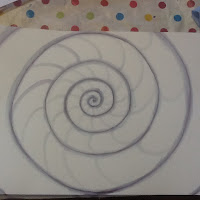 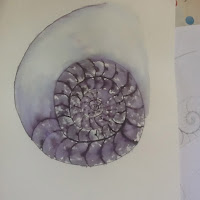 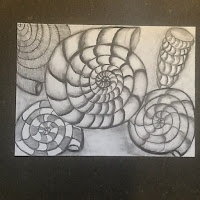 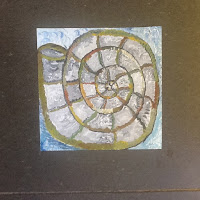 We are now bookings places on our arts for mental health and wellbeing taster sessions23 October and 6th November, 11:00 – 1:30 […]

Today London Arts and Health Forum launches its creativity and wellbeing week. Events run from June 4-12. See the link below for […]

As part of our Community Learning project, we asked participants to contribute to a blog on the theme of ‘where they […]